BEYOND RUN, HIDE AND FIGHT

How Technology is Changing the Active Shooter Threat 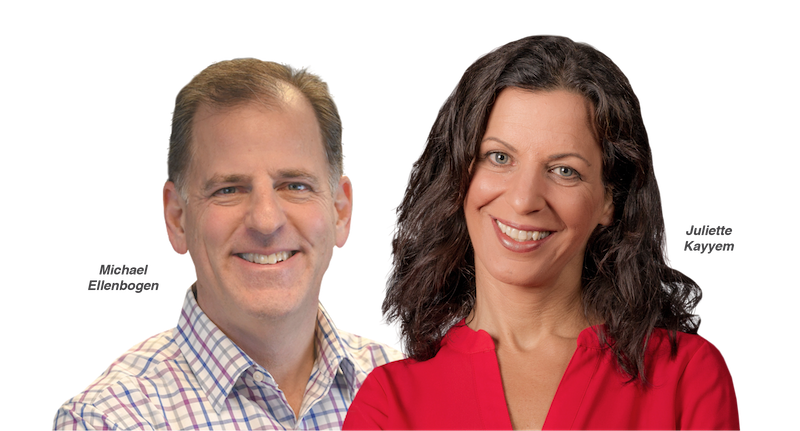 Active shooter incidents this year created a ripple effect that was felt around the country. As soft targets and public places continue to be targets for attackers, you need a security strategy to protect your visitors, employees and environment.

Watch this webinar to learn about the technologies available today to minimize threats. Juliette Kayyem, former assistant secretary of Homeland Security and Mike Ellenbogen, CEO at Evolv Technology, lead a discussion on the types of technologies needed, the best fit for each option and a plan to getting started, so you can identify threats before they happen.

Juliette Kayyem currently serves as the Robert and Renee Belfer Lecturer in International Security at Harvard’s Kennedy School of Government where she is Faculty Director of the Homeland Security Project.  She is the founder of Kayyem Solutions, LLC, providing strategic consulting to Fortune 500 companies and start-ups in technology, risk management, mega-event planning and cybersecurity, as well as the CEO of Zemcar, a lifestyle company focused on connecting busy parents with qualified drivers to solve their family’s transportation needs. She is also an on-air national security analyst for CNN.

Kayyem spent her government service managing complex policy initiatives and organizing government responses to major crises in both state and federal government. Most recently, she was President Obama’s Assistant Secretary for Intergovernmental Affairs at the Department of Homeland Security. There, she played a pivotal role in major operations including handling of the H1N1 pandemic and the BP Oil Spill response; she also organized major policy efforts in immigration reform and community resiliency. Before that, she was Massachusetts Governor Deval Patrick’s homeland security advisor, guiding regional planning and the Commonwealth’s first interoperability plan, and overseeing the National Guard. She has served as a member of the National Commission on Terrorism, a legal advisor to US Attorney General Janet Reno, and a trial attorney and counselor in the Civil Rights Division at the Justice Department.

Kayyem formerly hosted a podcast entitled The SCIF for WGBH, Boston’s local NPR station, and her newest book, Security Mom: My Life Protecting the Home and the Homeland, was published in 2016.

She is the recipient of many government honors including the Distinguished Public Service Award, the Coast Guard’s highest medal awarded to a civilian. In 2013, she was named the Pulitzer Prize finalist for editorial columns in the Boston Globe focused on ending the Pentagon’s combat exclusion rule against women, a policy that was changed that year.

Juliette is a board member of MassINC, Americans for Securing All Packages, and the Red Cross of MA. She is also a member of the Council on Foreign Relations, the Global Cyber Alliance, the Trilateral Commission and formerly served on the DHS Secretary’s Homeland Security Advisory Committee.

A graduate of Harvard College and Harvard Law School, and the mother of three children, she is married to First Circuit Court of Appeals Judge David Barron.

Mike is the CEO and Co-founder of Evolv Technology, founded in 2013. Prior to Evolv Technology, he co-founded Reveal Imaging and successfully led the company, achieving double-digit growth in both revenue and profitability since its inception. Through his more than 15 years of contributions, Mike has reshaped the explosives detection industry. Reveal Imaging was acquired by Science Applications International Corporation (SAIC) in August 2010. Prior to Reveal, he was VP of product and business development for PerkinElmer Detection Systems, overseeing the R&D, engineering, and marketing efforts. As director of marketing for Vivid Technologies, Inc., Mike was instrumental in the transition following Vivid's acquisition by PerkinElmer. At both companies, he was responsible for market research, definition. and development of new products and product enhancements.

Mike is a graduate of Colgate University, earning a B.A. in Physics.

Prior to Reveal, he was VP of product and business development for PerkinElmer Detection Systems, overseeing the R&D, engineering, and marketing efforts. As director of marketing for Vivid Technologies, Inc., Mike was instrumental in the transition following Vivid's acquisition by PerkinElmer. At both companies, he was responsible for market research, definition. and development of new products and product enhancements.

Mike is a graduate of Colgate University, earning a B.A. in Physics.